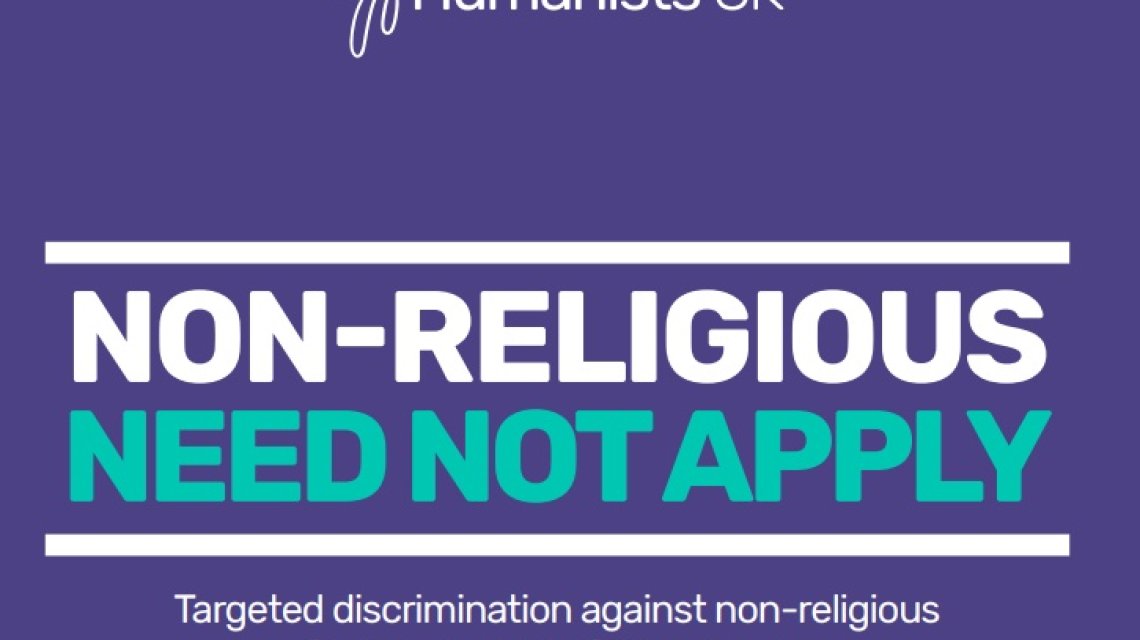 Four in ten state faith secondary schools in England discriminate against children from non-religious families, including 60% of Catholic schools, according to a report published today.

The report's key findings include that:

The report focused on schools that go beyond favouring children from one particular religious background and implement a hierarchy, meaning children from other religious background are favoured over those from non-religious families. Jay Harman, Education Campaigns Manager for Humanists UK, questioned whether such policies are consistent with faith schools' Equality Act exemptions.

"In any case, most schools that discriminate in this way provide no justification for it. Those that do tend only to justify their religious criteria in the round, rather than discrimination against the non-religious specifically. In the absence of any clear aim or justification, therefore, this is an issue that the Office of the Schools Adjudicator, or perhaps the courts, would do well to clarify soon."

National Secular Society Education and schools officer Alastair Lichten said: "This report helps bust the myths that faith schools are good for choice or religious freedom. They are in fact restricting both. The report affirms that the vast majority of people simply want a good local school and don't select it on the basis of its faith ethos.

"Even where schools cannot directly discriminate in admissions, organising a school around religious identity sends a discriminatory message. Schools are often explicit in this message requiring parents to support the 'ethos' of the school and discouraging withdrawal from religious activities that make the school unsuitable for their family.

"While non-religious families are particularly affected, the religious discrimination wrought by our system of faith schools is far more extensive. People of all faiths and none oppose religious selection in school admissions. In any transition to an inclusive education system this should be a first step."

The report is available online