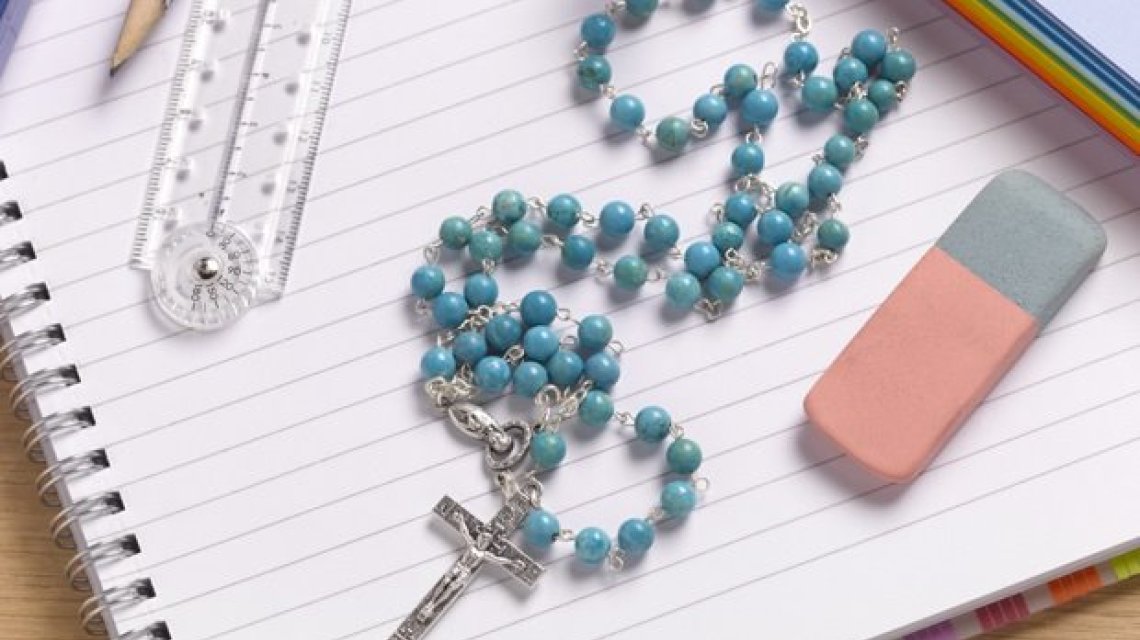 The government has announced funding for a wave of new voluntary aided faith schools, which can select all of their children on the basis of their families' faith, in England.

The Department for Education published details of a funding scheme for the schools on Thursday. The National Secular Society has pledged to oppose the opening of new voluntary aided (VA) schools.

The list of approved proposals is likely to be announced in the spring.

VA schools are a type of publicly funded school where a (usually) religious body contributes 10% of the capital costs with 100% of the running costs met by local authorities. Such schools are permitted to teach confessional religious education and may religiously select up to 100% of pupils, 100% of staff and a majority of governors.

Since 2010 the government's academisation policies have made it extremely difficult for new VA schools to open. Local authorities cannot propose them.

New faith based academies are required to allocate at least half of places without reference to faith. In May, under pressure from the National Secular Society and facing public opposition, the government abandoned plans to scrap the 50% cap on faith based selection. Catholic and Jewish education groups had refused to open new faith schools unless they were permitted to select 100% pupils on religious grounds.

As a consolation the government announced the plans to allow new VA schools to be proposed.

It is not clear how many VA schools will be proposed in the first wave of schools to open under the scheme. Expressions of interest will be published in December and January, with formal bids by 1 February. Money for the scheme will come from the £270m free schools budget.

The education secretary will have the absolute right to decide on successful VA bids for capital funding. However proposals must have the backing of local authorities, who will fund the schools, or the Office of the Schools Adjudicator.

Proposed VA faith schools will need to show they meet "demand for greater choice and diversity" and that they can "attract applications from all parts of the wider community".

The National Secular Society's head of education Alastair Lichten said: "Faith schools by their very nature do not 'address the needs of pupils from all faiths and none'. What's needed – what parents want – are good local schools, free from religious discrimination or privilege, serving their communities rather than religious interests.

"It's absurdly comedic for the government to ask schools how they 'will attract applications from children from all parts of the local community' when the expressed, explicit purpose of these schools is to allow 100% faith based selection.

"Proposed segregated schools are being asked how they will 'create meaningful relationships 'between pupils at your proposed school and young people of different faiths (or no faith) in other schools'. Avoiding the segregation in the first place might be a better idea.

"Local authorities are likely to have very little enthusiasm for new VA schools and our No More Faith Schools campaign will be working to ensure any such regressive proposals face democratic opposition."

The NSS has written to the DfE seeking clarification over the basis on which the Office of Schools Adjudicator might approve new voluntary aided faith schools - possible overruling local authority opposition.

Mr Lichten said: "A cynic might view this as simply a mechanism to avoid democracy where local education authorities have no interest in or are opposed to funding new discriminatory faith schools."

No More Faith Schools is a national campaign, coordinated by the National Secular Society and dedicated to bringing about an end to state funded faith schools.

See also: A guide to challenging new faith schools is on its website.