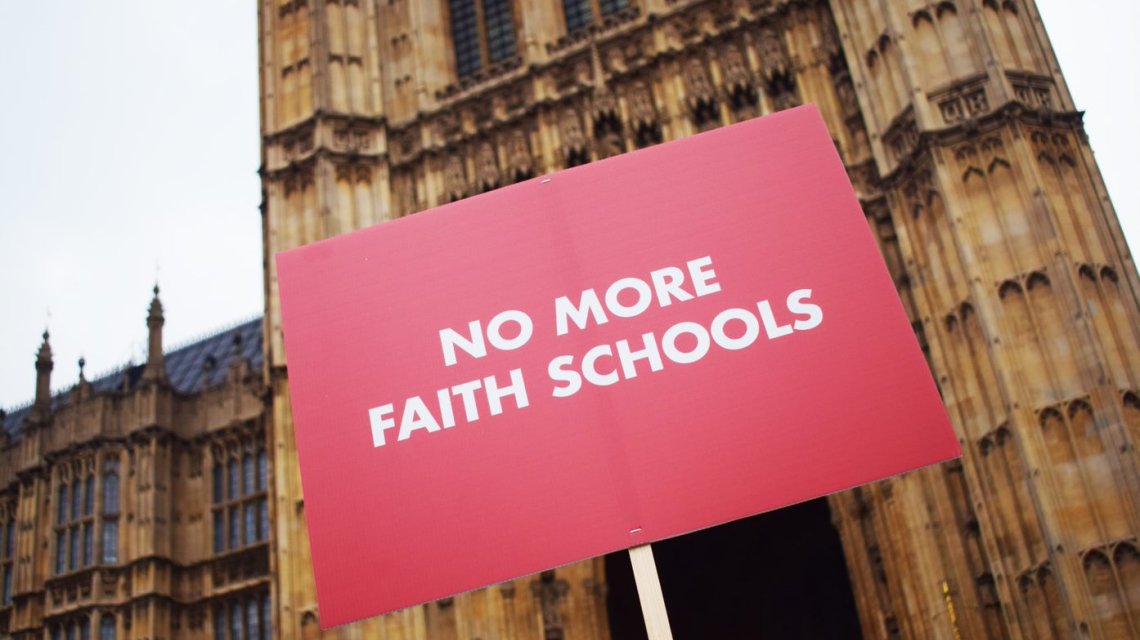 The No More Faith Schools campaign has said the government "must think again" over the funding of a wave of religiously selective schools after the publication of an official impact assessment.

An equality impact assessment has found that a decision to fund voluntary aided (VA) schools in England will disadvantage families who do not share those schools' religion.

The assessment, from the Department for Education (DfE), has found the policy will lead to discrimination in the schools' admissions, through their teaching of denominational RE and in their employment practices. This is all likely to be legal, owing to exemptions in equalities legislation which allow faith schools to discriminate on religious grounds.

The assessment also highlighted the risk that the policy could undermine social cohesion.

In November the government announced plans to fund a new wave of VA schools, which can select 100% of their pupils on religious grounds. Earlier this year the DfE withdrew plans to lift a 50% cap on faith-based admissions to new free schools after lobbying by the National Secular Society and others.

The assessment said new VA faith schools "will, in practice, benefit pupils of those faiths, and their parents, by making it easier for them to gain places at state-funded schools that are designated as having the same religious character as their own faith". It added that the benefit "would not be experienced by children or parents of other faiths or non-religious convictions".

It also acknowledged that the changes "may impact" on school choice for parents who do not wish to send their children to those faith schools.

Earlier this month an NSS report, The Choice Delusion, found that thousands of families are assigned faith schools against their wishes each year. The NSS found that almost three in 10 families across England live in areas where most or all of the closest primary schools are faith schools.

The government's assessment found that establishing schools which can teach RE "in line with the tenets of their faith" would "impact on the school choice" of families who did not share that faith.

It also found that the new schools would open jobs to teachers where those from particular religious backgrounds would be given preferential treatment. Religious VA schools have the right to employ staff whose "beliefs, worship and/or teaching capacity" are "consistent with the school's religious designation". They may also legally consider whether teachers' conduct is "incompatible with" their religious outlook.

Exemptions in the Equality Act 2010 allow discrimination related to religion or belief when establishing, altering or closing schools.

The assessment says all applicants to the scheme will have to demonstrate how the school will "be welcoming and address the needs of pupils of all faiths and none".

Some Jewish education leaders have spoken out against this modest requirement. Earlier this month David Meyer of Partnerships for Jewish Schools expressed "concern about the practicalities for schools trying to implement" it.

The assessment notes the risk that VA schools will have "a negative effect on good relations and mutual understanding between pupils and parents of those faiths, and those who are not of that faith". It says schools will be expected to "show how they will help the government to implement its strategy on community cohesion" in an attempt to mitigate this risk.

It also found that groups which may not be able to meet a requirement to provide a proportion of the capital costs for the school's foundation may face discrimination, though such groups could apply for further government grants.

It did not highlight the potential for hierarchies of discrimination, for example when a Catholic school prioritises children from non-Catholic Christian families over those from other religions and both over the non-religious. It also did not include a quantitative analysis of the policy's religious implications.

No More Faith Schools campaigner Alastair Lichten said the assessment had "cast a damning light on the likely impact of the government's decision to fund new voluntary aided schools".

"The impact assessment details how these proposed faith schools will religiously discriminate against pupils, families and teachers. However, because this discrimination is made lawful by special exemptions in the Equality Act, faith groups are simply given a free pass. There is no other area of public life where religious discrimination and segregation is not only sanctioned, but actively supported by government policy. Any equality impact assessment which whitewashes this is unworthy of the name.

"The bizarre pantomime where proposed faith schools set up explicitly to have 100% religiously selective admissions are expected to mouth platitudes about being inclusive of 'pupils of all faiths and none' is an insult to the public's intelligence. The suggestion that active discrimination is 'mitigated' by this tokenistic requirement only shows how low the bar has been set for faith schools.

The No More Faith Schools campaign has said it will work with local communities and authorities to challenge unwanted new faith schools.