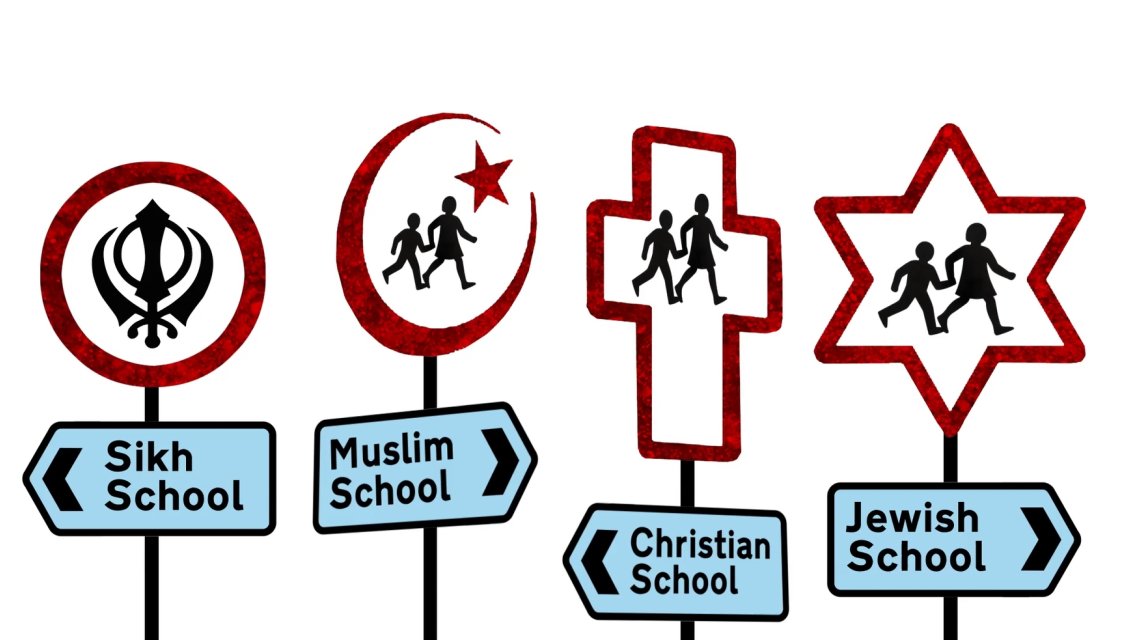 The plans have been released after the Department for Education assigned funds for a new wave of voluntary aided (VA) schools in England in November.

Five of the schools will be Catholic schools. Three will be Church of England schools; two will be Hindu, two Islamic, one Jewish and one will be non-denominational Christian.

VA schools are permitted to teach confessional religious education and may select all their pupils, all their staff and a majority of governors on religious grounds.

The schools, most of which are faith schools, are publicly funded. Religious bodies which set them up contribute 10% of the capital costs while local authorities pay 100% of the running costs.

In December a government impact assessment found the decision to fund the schools would disadvantage families and teachers who do not share those schools' religion.

No More Faith Schools campaigner Alastair Lichten said: "The government and local authorities should resist the temptation to pander to assertive religious groups by opening new faith schools which can discriminate in 100% of their admissions.

"Faith schools have a negative impact on social cohesion, foster segregation of children on social, ethnic and religious lines, undermine children's freedom of and from religion, harm choice and exacerbate inequality. In areas where new schools are needed these should be inclusive, rather than being organised around an exclusive religious ethos.

"We will engage with local supporters, councils and activists to ensure all these proposals face a robust challenge."

It has been very difficult for new VA schools to open since 2010, as the government's academisation policies have prevented local authorities from proposing them.

But after the government abandoned plans to remove a limit on faith based selection at new academies last year, it set money aside for new VA schools.

Mr Lichten said opponents of faith based selection should recall the government's decision not to scrap the cap on religious selection as "a reminder that the faith school lobby can be opposed".

"If you support an inclusive education system free from religious control, discrimination or proselytisation, then I urge you to take action today. You can download your guide to challenging new schools, sign the national petition and write to your MP all through our dedicated campaign website."