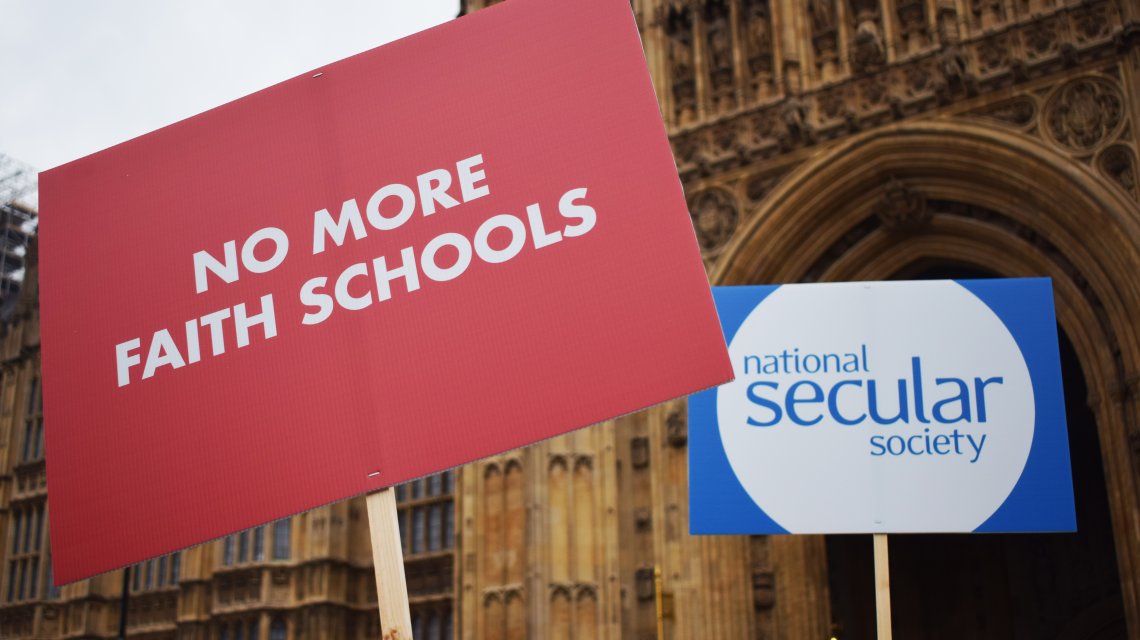 As a faith school is celebrated for unapologetically pushing its evangelical ethos, Alastair Lichten says the expansion of faith schools has played into the hands of those who wish to impose their faith on children.

A Christian faith school is "not where everyone was 'nice to each other', but one that will preach and proclaim the Bible". That's according to a recent 'Editors' Pick' article from Keep the Faith magazine about Fulham Boys' School, a faith based free school in London, and its leaders' ambition for more state education to promote Christianity.

A bit of background: Fulham Boys' School was set up in 2013 despite there already being two secondary schools in the area. Its admissions policy privileges boys from Christian families. The school has a mix of 50% discriminatory and 50% open admissions but "expects all parents/carers and applicants to respect the Christian ethos of the school". This includes parents signing an agreement to:

The school's vision is that "the Christian ethos will have an impact on every area of school life, be that assemblies, form times, lessons, break and lunchtimes, sports afternoons or any other occasion".

This all makes the school appear more of a vehicle for headteacher Alun Ebenezer's evangelical faith than a school for all. Indeed Mr Ebenezer has bemoaned that schools aren't allowed to treat his creationist views as if they are comparable to science.

Alex Wade, the chairman of the school, talks equally bluntly about using the school for proselytizing. According to the article, "Mr Wade believes that schools also have a real part to play in introducing not only children, but also parents, teachers, governors and community leaders to Jesus' teachings."

If you're motivated by your worldview – whether religious or not – to get involved in education, whether as a teacher, governor or volunteer, then that's great. But if you just want to promote your worldview, to privilege it, to bend education to it, to use it for discrimination, then you should have no place in our schools.

This arrogance should offend not only the non-religious but all those people of faith who want good schools free from religious control, who are perfectly capable of recognising professional boundaries between faith and school, and who wouldn't dream of imposing their faith on others.

Mr Ebenezer talks as if all Christians involved in state education have a duty to use it to promote their religion and says his school will support them to do so: "We have been posted at this point in history, in this place, like Esther, for such a time as this. I would hate to read in Christian journals and magazines how bad education is, or how bad Ofsted are, and young people, when we haven't done anything about it. We have a chance now."

The government's policy of expanding faith based schools and academies is only playing into the hands of those who want to turn schools into churches and place inculcation above education.