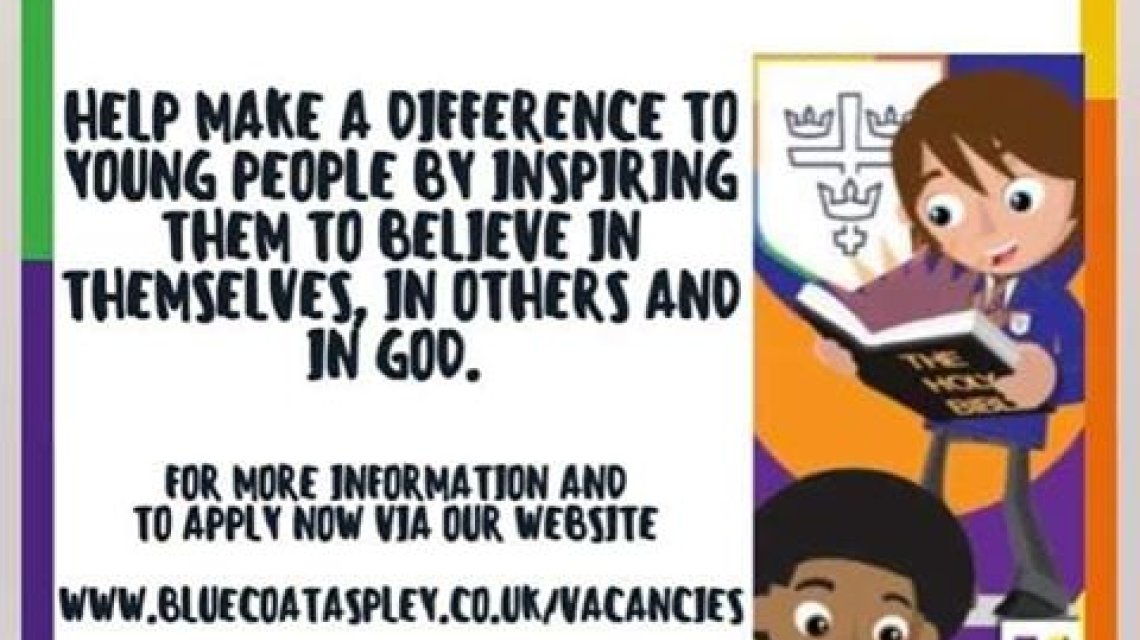 A state-funded academy trust is looking to appoint a permanent, full-time 'Christian Youth Worker' with the specific role of evangelising to pupils.

Archway Learning Trust, a Church of England academy trust with five academies in Nottingham, is advertising the role on the website of one of its schools, Bluecoat Aspley Academy. The role is also advertised on Nottinghamshire County Council's website.

According to the job application pack, the worker will "develop what it means to be a young person and a Christian" at schools in within the trust. The role will involve "running a range of clubs" including Christian Union and Youth Alpha.

The post holder will also be responsible for "supporting and leading" acts of worship and reaching out to "other local churches" to facilitate them in "contributing to the Christian life and ethos of the academy".

The advert adds that the successful candidate will be "committed to supporting our students in their Christian journey".

The role is based at Bluecoat Aspley, but the successful applicant may be "required to support or work at any of the sites within Archway Learning Trust".

One of the trust's academies, Bluecoat Beechdale Academy, does not have a designated religious character or ethos according to the Department for Education.

The school's website says it "shares the ethos" of the trust. The school also says on its prospectus that a Christian ethos "permeates all aspects of Academy life" and it expects its students to live by "Christian values".

This school was previously Hadden Park High School, a foundation school with no religious ethos, before it was taken over by Bluecoat Academies Trust in 2014.

The National Secular Society said this was reflective of a rise in 'faith schools by stealth', in which schools without an official religious designation or ethos are nevertheless given one. This often happens because they join a religious academy trust.

Archway Learning Trust's mission statement is "Believe in yourself, in others and in God". It states one of its aims as "preparing young people for lifelong learning based firmly on our Christian principles".

Spokesperson for the NSS's No More Faith Schools campaign Megan Manson said: "The aim of this role appears to be primarily evangelism.

"There is no indication any funding for the role will be provided by a religious organisation or any other privately-funded group. This amounts to religious groups imposing their worldview on children in the state sector at the cost of the taxpayer.

"It's also concerning that the 'Christian Youth Worker' may be required to work at other schools in the trust, including Bluecoat Beechdale Academy which has no official religious designation or ethos. This may well result in increased religiosity at this school, which should not have any religious ethos at all according to the Department for Education."

"It's another example of how religious organisations create 'faith schools by stealth'."

The job advert states that the salary for the role is £18,065 to £18,795. The post holder will also have access to a local government pension scheme.