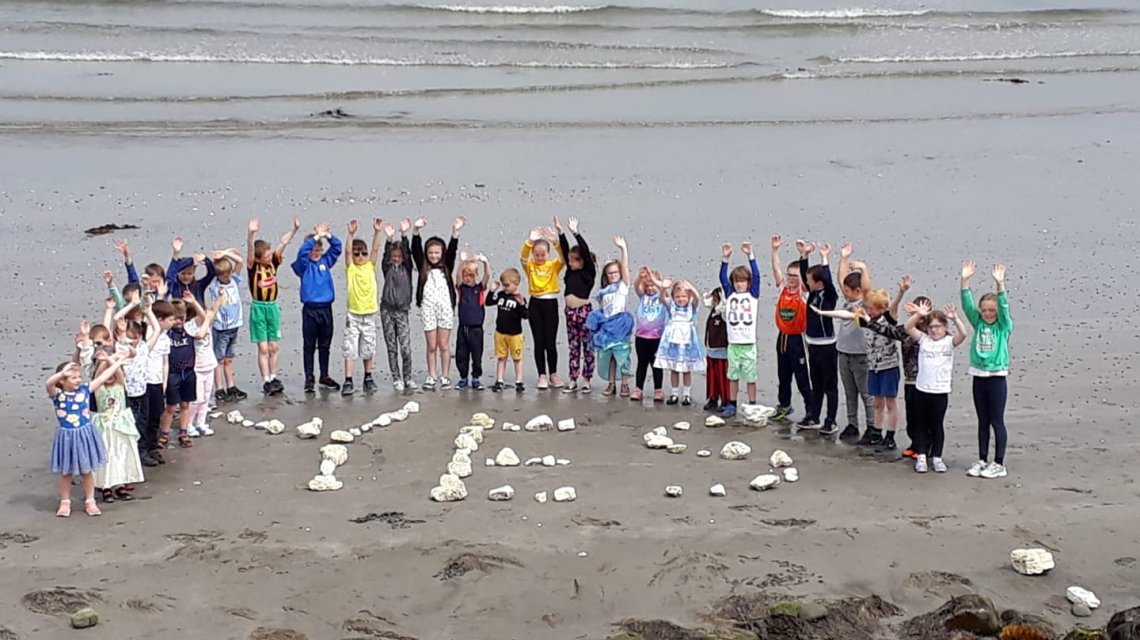 The No More Faith Schools campaign has backed plans for a Catholic school to become the first in Northern Ireland to transform to integrated status.

Seaview Primary School in the village of Glenarm, in County Antrim, is to seek permission to give up its denominational status and teach pupils of all religious backgrounds.

The plans have the overwhelming support of parents, 95% of whom voted to support them last week, and have prompted a surge of interest from families keen on sending children to the school.

The NMFS campaign has welcomed the plans and responded by calling on Northern Ireland's Department of Education (DoE) to do more to promote integrated education.

The campaign is also encouraging supporters in NI to take action in support of integrated education.

Seaview currently has 42 pupils but expressions of interest from parents, completed after the transformation plans were announced, suggest that number could rise to 85 by September 2021.

The school's principal Barry Corr said the school had been "overwhelmed" by the response to its plans and was entering "very exciting times".

Seaview's board of governors will now submit a development proposal to the DoE through the local education authority.

"The overwhelming level of support for integration of this primary school should send a clear message to the Department of Education.

"Educating children together teaches them to get on with each other. In contrast organising education on sectarian lines has been a disaster for social cohesion in Northern Ireland. And faith schools also undermine the religious freedom of children and teachers.

"It's vital that the school is allowed to proceed with its plans and the Catholic Church is not given an effective veto over them. And this should inspire other faith schools in Northern Ireland to follow suit."

Seaview is the fourth Catholic school in NI to vote to integrate in recent years. Earlier this year the body which runs Catholic schools in NI, the Council for Catholic Maintained Schools, proposed closing St Mary's High School in Brollagh, County Fermanagh, in defiance of last year's parental vote in favour of integration.

In 2014 the DoE rejected plans to integrate Clintyclay Primary School in Tyrone.

The other school to vote in favour of integration was Ballyhackett Primary School, near Coleraine in County Londonderry.

Northern Ireland currently has 65 integrated schools, 25 of which are transformed – but no Catholic school has yet made the transition.

Most schools in NI are either Catholic or controlled schools. The latter overwhelmingly serve children from Protestant backgrounds.

The charity the Integrated Education Fund (IEF) is among those supporting Seaview's bid to integrate.

Tina Merron, the CEO of the IEF, said the vote at Seaview was "great news" which "confirms that parents want good local education provision which serves the whole local community".

"The vote echoes the findings of successive opinion polls over many years and is further evidence that communities are ready for an education system which is set up for children of all faiths and none to learn, play and grow together.

"Interest in local schools becoming officially integrated has never been higher. We look forward to supporting Seaview Primary School Glenarm as it works to further develop and strengthen its welcoming and inclusive ethos."

In a poll in 2018 69% of parents in NI said they would support their local school becoming integrated – with just nine per cent saying they would oppose it.

Official figures for 2017-18 showed that 18% of all first-preference applications to integrated post-primary schools were rejected.

Integrate My School is a website where parents can register their interest in their child's school becoming an integrated school. It is designed to empower parents to express their support for integrated education.