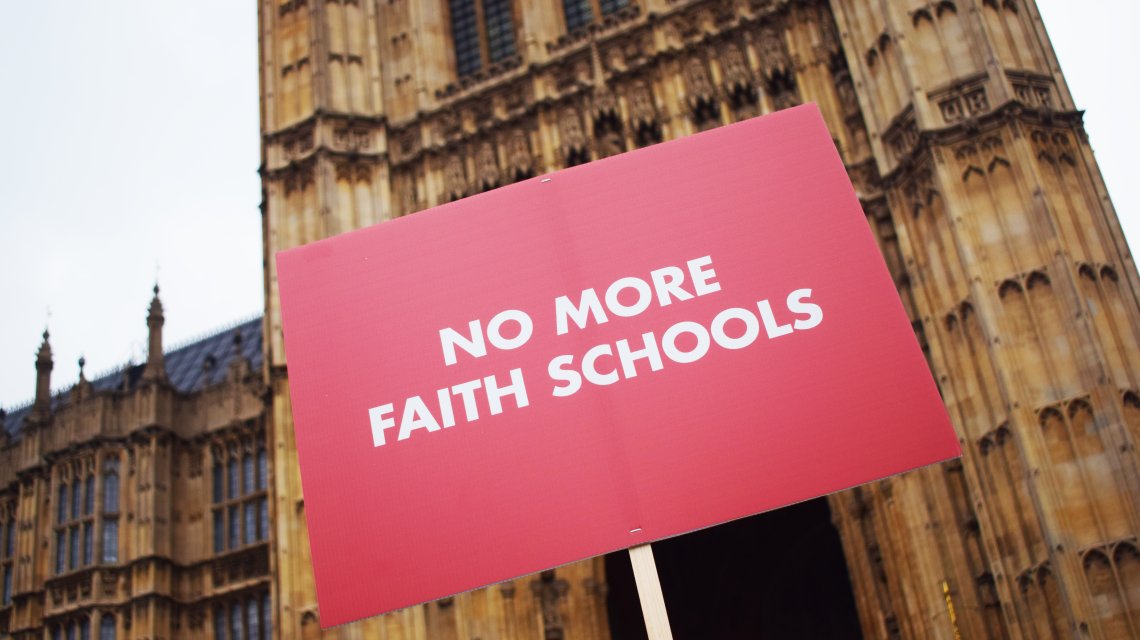 The No More Faith Schools campaign is resisting plans to open a Catholic school which could potentially select all its pupils on religious grounds in Peterborough in Cambridgeshire.

The campaign is to hold a public meeting on Thursday 28 November to provide information about plans to open the school and rally opposition among local residents.

The meeting will take place shortly before Peterborough City Council opens a consultation on the plans on Thursday 21 November.

The NMFS campaign is also encouraging local supporters to sign a petition urging the council to support alternative proposals for new schooling in the area.

Under current proposals the Catholic Diocese of East Anglia will open a new voluntary aided (VA) school in the Hampton Water area of Peterborough. VA faith schools are allowed to choose up to 100% of their pupils on the basis of their families' religion if they are oversubscribed.

Earlier this year the NMFS campaign revealed that the proposal was in direct competition with an alternative proposal for an inclusive, secular school. The alternative plan is currently on hold while the VA school is being considered.

The council is expected to announce its final decision on whether to approve the VA school in February.

The NMFS campaign has been in contact with councillors and local residents who are opposed to the new faith school. The campaign also wrote to the government in May to urge it to approve inclusive alternatives to proposed VA faith schools in the area.

In March the government announced details of plans for 14 new proposed VA faith schools in various parts of England. The NMFS campaign has resisted the opening of these schools and the proposed school in Peterborough is the only one which the government has taken forward.

NMFS campaign coordinator Alastair Lichten said: "The plan to open a new selective faith school in Peterborough will exacerbate social division and undermine pupils' and teachers' freedom of religion and belief. We urge supporters of inclusive education to do what they can to resist it.

"A new school is required in Peterborough, but it should serve all its residents fairly. Where new schools are required they should be inclusive of all children, regardless of their religious background, and enable children to make their own minds up about religion."

This week the Catholic diocese of East Anglia opened its own consultation on the plan to open the school, in an apparent attempt to illustrate that it has public support.

Last year a government impact assessment found the decision to fund new VA faith schools would disadvantage families and teachers who do not share those schools' religion.

What is a voluntary aided school?

Read more about our campaign in Hampton Water on our dedicated campaign page.