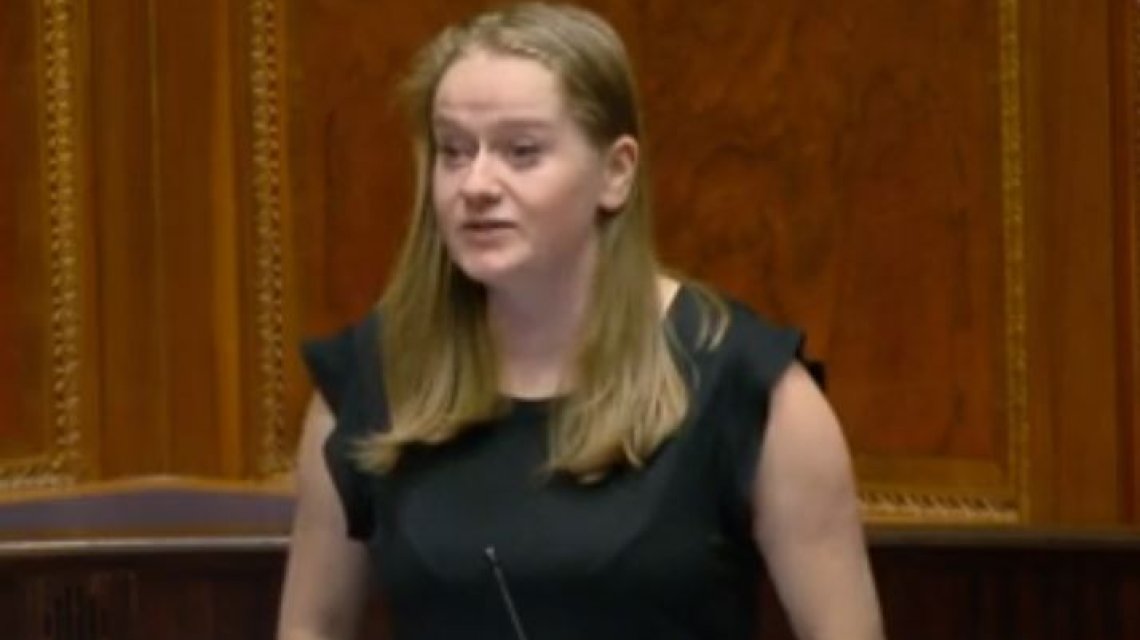 Members of Northern Ireland's legislative assembly from a variety of parties have called for children to be educated together in integrated schools during a debate.

The debate, on 10 March, came as Alliance MLA Chris Lyttle submitted a motion calling on the NI executive to establish an independent review of education provision in NI.

The deal which restored the NI assembly in January – known as New Decade, New Approach – called for a review with "the prospects of moving towards a single education system".

State schools in Northern Ireland are currently divided into Catholic schools and controlled ones – which mostly serve children from Catholic and Protestant backgrounds respectively.

Lyttle's motion said a review should place a focus on "an inclusive single education system". MLAs almost unanimously agreed to an amended version of the amendment which did not include the word "inclusive".

During the debate Rachel Woods of the Green Party (pictured) and Gerry Carroll of the People Before Profit Alliance explicitly called for a "secular" education system and criticised segregation on religious lines.

Woods said: "In our segregated society, the integration of students and children is vital to making it more peaceful, cooperative, progressive and safe. How can we expect to move on from our past and from the divide if we continue to separate our children from the age of four?"

Carroll described it as "deeply troubling that people are educated separately on the basis of their religion".

Meanwhile Kellie Armstrong of the Alliance asked why adults were "pushing our segregation down the throats of children".

But members from Sinn Fein and the SDLP defended the current mix of school types.

No More Faith Schools campaign spokesperson Alastair Lichten said it was "encouraging to see many legislators in Northern Ireland taking the problem of segregated schooling seriously".

"This debate has made clear there is cross-party support for radical reform to ensure children are educated together in secular schools. Legislators should seek to act on this as soon as realistically possible."

The motion agreed to was:

That this assembly calls on the executive to implement urgently the New Decade, New Approach commitment to establish an external, independent review of education provision, with a focus on securing greater efficiency in delivery costs, raising standards, access to the curriculum for all pupils, and the prospects of moving towards a single education system.