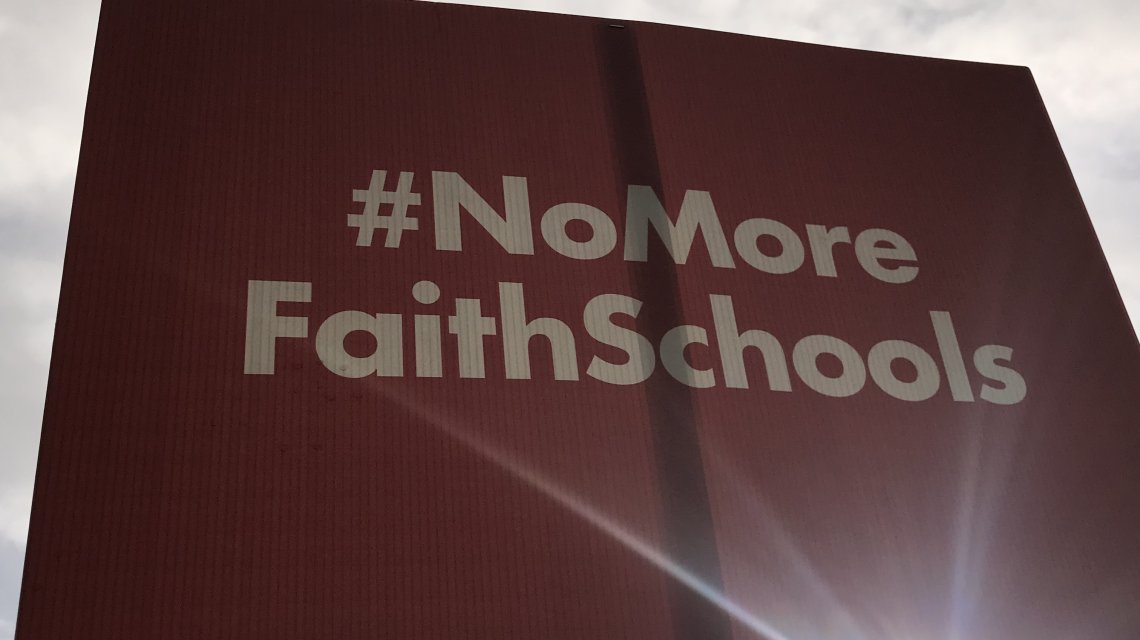 The No More Faith Schools campaign is arguing in favour of inclusive, secular schooling amid plans which could see faith schools opening or expanding in several parts of Wales.

Vale of Glamorgan Council is planning to build a new faith school, while plans in Swansea, Gwynedd and Cardiff could see substantial sums of public money spent on faith-based schooling.

In Glamorgan, the council is proposing to build a £31.9m new Church in Wales school which is likely to have voluntary aided (VA) status.

This will mean almost all – if not all – its costs being paid by the public, while the church's local diocese may be given ownership of the school.

Plans are at an early stage. The NMFS campaign is calling on the council to invest in an inclusive community school instead.

The NMFS campaign argues it would make more sense to make the new school a community one, given the substantial public investment being proposed.

Cardiff Council is proposing to relocate a local faith school, to a major new housing development at St Edeyrn's, and double its size.

The NMFS campaign is arguing that the council should take the chance to open a new community school at St Edeyrn's.

Gwynedd Council is in the early stages of planning a new school site in the town of Criccieth.

The NMFS campaign is arguing that this should be an inclusive new community school, rather than a replacement for a local faith school.

NMFS campaign coordinator Alastair Lichten urged supporters to write to their members of the Senedd and local councillors over the issue, both in relevant local areas and across Wales.

"Where new schools are planned or sizable sums of taxpayers' money are spent replacing existing schools, they should be inclusive and respect children and teachers' religious freedom.

"We urge supporters across Wales to help us make the case that schools are for teaching, not preaching – and when children learn together, they learn to get along together."