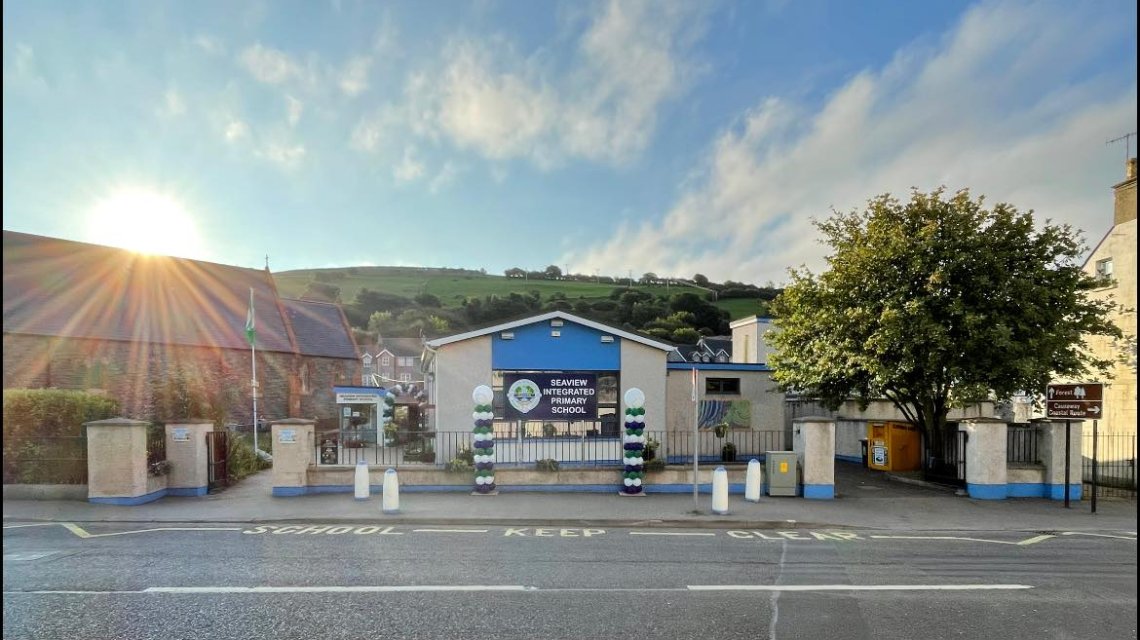 A former Catholic school has reopened as an integrated one, meaning it will educate children from various religious backgrounds together, for the first time in Northern Ireland.

Integrated schools aim to enrol similar proportions of pupils from Catholic and Protestant backgrounds, along with students from other religious backgrounds.

Only around seven per cent of pupils in NI currently attend integrated schools, with more than 90% going to schools which are de facto segregated on religious lines.

The move, which the No More Faith Schools campaign supported, was backed by 95% of parents in a vote in 2019.

Efforts to integrate schools in NI

Most state schools in NI are either maintained schools – as Seaview was – or controlled schools.

In recent years there have been several more proposals to integrate schools. Some of these have failed, with church ownership of maintained schools proving a potential barrier to integration.

A major review of education in NI, which is currently getting started, is set to consider issues including the integration of schools.

A recent poll found that more than seven in 10 people in Northern Ireland support efforts to make integrated education the norm, with 73% saying they would support their child's school or their local school becoming integrated.

"It's heartening to see a school open which will teach children from different backgrounds together, and value them equally. Seaview will serve as a reminder that meaningful change is possible, even in a strongly segregated education system where religious interests exercise considerable power.

"There is strong grassroots support for integrated education in Northern Ireland, and strong evidence that segregating schools on religious lines creates unfairness and inefficiency. Politicians in NI should take bold action to tackle these problems, and they should be prepared to confront churches' entrenched interests where necessary."

Read more: Progress towards inclusive integrated education in NI is still too slow – blog by Alastair Lichten (May 2021).