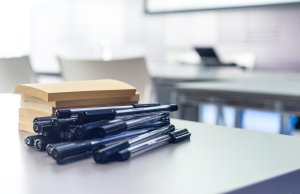 When Rachel applied for a teaching position at a state funded faith school, she found that non-Catholics weren't welcome to apply. Although such discrimination may be legal, she says it isn't necessarily moral.

I got into teaching five years ago, as I am passionate about the benefit good Religious Studies has on students. Teaching students about different faiths and beliefs helps promote acceptance and understanding, as well as getting them to think about wide reaching topics such as euthanasia and sexual ethics. I think Religious Studies should be an exploration of ideas in a non-biased and open manner, allowing students to examine their own beliefs and learn to respect others.

After maternity leave, for a number of reasons, I didn't return to a teaching post and decided to try and find a position closer to me. I saw a job advert in a local Catholic school. The headmaster's letter stated that you didn't have to be Catholic to work there and the school used the same exam board that I have taught for a number of years, and been an examiner for.

I felt shocked that the school (i) had looked at my equal opportunities form, which I thought was meant to be separate from an application form, and (ii) was allowed to discriminate against me for not being religious. None of the content I teach requires a teacher who practices a particular religion. The whole point of the Religious Studies course is supposed to be that it examines beliefs from a number of perspectives, including secular and philosophical viewpoints.

None of my previous students could tell you which worldview I ascribe to, as I don't feel it is my place to discuss my beliefs with them but present to them the range required by the exam board. Mostly I was just saddened for the students who wouldn't necessarily be getting the best teacher but the one that fit in with the school's faith ethos. A few weeks later I saw the position advertised again: they obviously hadn't found a suitable Catholic candidate.

A friend sent me a link to the National Secular Society and I contacted it. I wanted to find out whether schools can legally base decisions to appoint teachers on their having a particular faith. Even though the school is acting within the legal framework, I would argue that it isn't necessarily a moral one. It is assuming that just because I am non-religious I wouldn't help children gain a good understanding of, or respect, Catholic or Christian religious beliefs.

I am hopeful that a suitable position will present itself soon and I can continue to teach a subject that I feel very passionately about.

Notes from the No More Faith Schools campaign

In England and Wales the relevant statute is the School Standards and Framework Act (SSFA) 1998. In Scotland it's the Education (Scotland) Act 1980. On a plain reading these allow schools with a religious designation (faith schools) to apply a religious test when appointing, remunerating and promoting teachers without demonstrating that there is a genuine occupational requirement. In some schools this applies to up to 20% of teachers. In Catholic schools it can theoretically apply to 100% of teachers.

The UK government claims the licence to discriminate in the SSFA should be read in accordance with equalities legislation, specifically the Equality Act of 2010 and European Employment Equality Directive. It also says schools seeking to restrict a post based on religion should be mindful of the impact on their equalities duties.