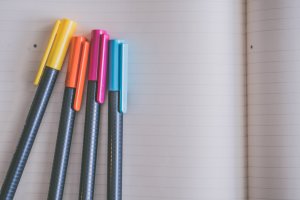 I'm worried my children's freedom to make their own choices on religion will be undermined at a local Catholic college, says Jen from Cheshire.

I am a mother of two children and I am facing a stressful situation with secondary school places. If the trend continues in my town, my children will either be forced to a school out of town or a place in the town's Catholic college.

The school is undersubscribed due to poor performance in relation to the two academies in the town. As we live just outside the catchment area for the academies we could be forced into a place at the Catholic college. Ironically if the situation was reversed we would not have any chance of a place due to the preferential selection criteria of the Catholic college.

My father experienced discrimination due to his family's religion. Family members boycotted my husband's parents' marriage because of their separate religions. My husband and I have both been brought up free from a religious message but with the freedom to make our own choice, and we want the same thing for our children. We did not marry in a church, our children have not been christened and one of our main considerations for a primary school was that it wasn't associated with any religion.

The Catholic college my children could be forced into holds mass each week. We could opt out of course but I am concerned about the potential impact this could have on my children. My research has suggested that schools can often use draconian tactics to encourage participation, and I'm worried that this could put my children into a difficult position.

It is clear that the school promotes religion as part of everyday life. Its website talks of a "strong Catholic ethos that permeates through every facet of school life" and says the school is "linked with other Catholic schools".

Catholicism is neither my nor my family's religion. I do not think that my children should be forced to attend a school with that ethos daily or have to attend religious worship simply to fit in. And although I accept that many religions have modernised, Catholic schools still undermine acceptance of same sex relationships – especially same sex marriage.

Quite rightly non-faith schools cannot prioritise non-religious children. But the current system does not protect the rights of parents who wish to educate their children free from religious promotion. This needs to change. More resources need to go towards providing places at non-religious schools instead of religious ones.

Photo by Jessica Lewis from Pexels