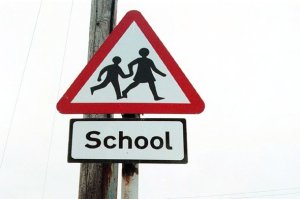 My family has been discriminated against on religious grounds – and our four-year-old hasn't been admitted to any of the schools we chose. Our experience shows why schools should be secular, says Abhi from west London.

We are experiencing faith-based discrimination first-hand because we are not Christians.

Our local state funded primary school (Holy Family Roman Catholic Primary) opened after 2010, applying a religious criterion over 100% of its places when oversubscribed. Despite the fact we live less than 0.3 miles away, my daughter has not been offered admission to this school – simply because we are not members of the church or Christians.

Our daughter was not admitted to even one of five state schools that we chose. She was given a school that we did not even put down as one of our choices. She was denied either on a faith basis, because we didn't live near enough, or because other children had siblings in these schools already.

Given our experience, I have no qualms in saying state funded schools must be strictly non-faith in character. They are funded by tax payers and should serve families equally regardless of religion.

Faith schools are allowed to disregard the proximity of child's residence if oversubscribed in the name of religious independence. How can it be fair that a child with permanent residence right next to the school is denied admission because they were born either to secular non-practising parents, or to parents not of the same religion as that of the school?

And what about schools' responsibilities to their local communities? In our case, this local school generates a lot of external and avoidable traffic through our community roads – but they turn children of the community away on religious grounds.

Our daughter is now first in the waiting list at this school (and much lower at all other schools that we put down), but it means nothing. The tone from this school's admin is such that, if another Christian family (even from miles away and even if they haven't already applied) indicates a preference for this school in next round (assuming a place becomes available), my daughter will be left out again.

This ridiculous situation encourages people to game the system. People become members of the church just to get their children into a local school. The priest of our local church suggested rather brazenly and unashamedly that parents should consider becoming members well in time so children can find a place in the school. This is school admissions acting as a means to increase the number of people attending the church.

Of course, people also cheat the system in non-faith schools through renting an address for admissions. We are permanent residents and yet unable to access a school of our choice in our own borough. We are being forced to consider the independent school route which is going to be extremely expensive.

My wife spoke to the council officer, who was helpless because this school has the independence to do what they are doing. The council advised that we should apply at other schools. I even wrote to our local MP, who doesn't seem to understand or recognise that this is a policy and human rights issue.

We discussed appealing with the school admin and her tone was quite discouraging. She said it was our right to appeal but nothing would come out of it. To be honest, we have given up and are not appealing this injustice meted out to our four year old.

I never expected that this could happen in this country, especially with brazen and active support from the state.