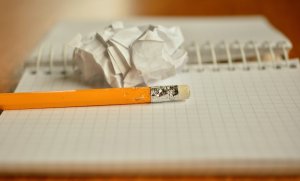 By giving special weight to RE, my son's C of E faith school has restricted his options elsewhere, says Jenny from Bath.

My son goes to our local state school, in our case a C of E academy secondary school.

We hear all the time about faith schools promoting 'choice'. But this is often a disingenuous and convenient distraction from the impositions on and within faith schools. My son's school is the only secondary school in our town, it is the only school within walking distance and the one all his peers attend. We never had a real choice and now our son is having his choices further restricted by the school.

He recently had to make his subject choices for GCSE. Despite religious education conflicting with other options, the school's insistence that RE is a compulsory exam means that my son's choices are restricted, and it is all but impossible to exercise his right to withdraw.

It's not that RE isn't a valuable subject which helps to develop critical thinking. There are many different views out there and it can only benefit students to give them a basic understanding of these and the way they impact society. All humanities subjects require a high level of critical thinking. History in particular when it is well taught considers plenty of questions around religion and its effect on humanity, and analyses the way different viewpoints can colour our view of the past.

But in insisting on this particular humanity, the school forced him to drop either another equally valid humanity or arts subject or to drop triple science, even though he was more than capable of working at this level. He worried that by dropping triple science he would make his life harder when he considers his choices for A levels. His science teacher also agreed that there is less depth of learning in the combined subject. This is not reassuring to hear when you are aiming to take a science A level (probably physics).

I questioned the school's right to insist he take this, but I was met with no satisfactory answers. I was told we should not have sent our son to this school if we didn't like the exam choices available. Again, these choices are largely illusory. And how could we know in advance which subjects he would excel at before he even had a chance to try them all? I was well aware that the school was a faith school when we signed up but could have had no idea quite how this would impact on his limited curriculum choices three years down the line.

When asked what provision would be made for my son if we decided to remove him from religious education all together (as is our legal right) the school's response was that he would have to sit elsewhere and not take part in an alternative subject, even if there was a suitable slot in the timetable.

The situation that the school has put my son through is ridiculously stressful and unnecessary. He was feeling excited about making his choices and beginning a new chapter in his school journey. Now he feels cowed and resentful and less engaged with the school. No one is a winner when dogma colours reason like this.

Image by congerdesign from Pixabay.