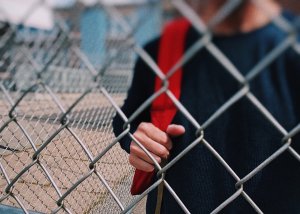 Local faith schools' selective policies have created an unseemly competition for places, leaving parents who don't have a faith or attend church with few decent options, say Rachael and David from Liverpool.

We live in south Liverpool. Access to primary schools was no problem: our local school was comprehensive and secular (in theory at least – they did do school trips to a local church at Christmas and Easter). However, at secondary level we will have more of a challenge. Of the 15 schools in south Liverpool eight are religious, two are girls' only (we have boys) and one is highly selective.

That leaves us with five local-ish schools, but the only two that we are likely to get our sons into are graded as Requires Improvement by Ofsted. The religious schools vary but most are rated Good (four out of eight) or Outstanding (two out of eight).

Whereas for a lot of people the issue is that they get allocated a religious school against their will, this leaves us with the opposite problem. The schools that are likely to best suit our eldest child's needs have a religious character.

We will get a school place but our children are discriminated against because we as parents have no religion and will not dishonestly attend church to get a place (many, many parents in Liverpool choose to do this to secure a place at a better school and some genuine believers who are too busy to attend church every week miss out).

We've written to our local MP, and she's told us her mailbag has many letters from constituents whose children fail to get places in their local schools because of the admission processes, especially in the Christian schools. She's acknowledged that concerns around religious discrimination are valid, and said "too many" of her constituents didn't get any of their school choices this year.

Our ideal would be for all the local schools to be secular comprehensives with fair access to funding and resources. If that's not possible our desire would be that the religious schools were no longer able to discriminate against children whose parents have no religion. As it stands parents who can't or don't want to put their children in a religious school have less than half of the schools in the area to choose from.