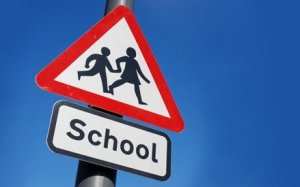 We were unprepared for how strongly a Catholic school would push religion on our child, says Natassa.

We are a family of no faith and no religion and we have made the decision to keep our children away from religious teachings, which were pushed on us as children. When the time to choose our school of choice came, we struggled because five out of seven schools that were close to our home were faith schools.

I had no experience of Catholic schools but gave one of them a chance as the grounds were excellent and other parents spoke highly of the school. I met with the headteacher, a lovely and friendly woman, and told her about our values at home; how I was worried about the school being Catholic and don't agree with proselytising to children. She said there would be no problem.

The first thing I did was to email the headteacher and ask her what the school's plan is for children who are withdrawn from collective worship and RE. Her answer was that they had no plan because no one had ever asked. However, after I insisted, the headteacher said we could come up with something we both agreed on. I also made the reception teacher aware of our wishes to withdraw her from RE and she reassured me that they were teaching values such as love, family, and respect at this age so god wouldn't be an issue.

The school started and we had a vague plan: our child would be told when the school was going to talk about god and they would be careful about the things they presented as an absolute truth. Two weeks in, she came home saying her teacher had talked about their god and was asking the children where they think he is. My child actively participated in that. The next morning, I spoke to her teacher. "Well we are a Catholic school..." she said. But I thought children could be withdrawn from RE.

At this point I decided to consult someone from the National Secular Society to see if they could help and form a plan for us. I asked to speak with the headteacher, who informed me that the children pray four times a day and have RE four days a week, with links made to this in all subjects.

I felt she was trying to help and was willing to make us feel comfortable having our child at their school. But when I asked why they were teaching four-year-olds to have faith, she explained that this was a Catholic school. She said I would be given the RE curriculum and school prayers the following day. (Where was all this before when I was asking about it before school applications?)

But we officially had a plan. Our child would be reminded by a teacher that she didn't need to pray, and she would sit out of RE and do something else with a teaching assistant. I was still worried that my child would miss out on so much of the school day, separated from the others.

The following morning the reception teacher gave us the school prayers. "Pray for us sinners," one read. I didn't want my child to hear teachers calling them a sinner. She also mentioned that they had talked about the "creation" of the world. When I asked if they teach creationism, she said they talk about all "theories". After this I had made up my mind.

I made a mistake choosing a faith school. I had thought since about a third of UK schools were faith schools, they would be catering to the general public. I was wrong. My child had to change schools. It was stressful for us and I could only feel guilt for her suffering from my mistake. But no amount of inconvenience is too much when it comes to sticking to our values. She is doing great now at a Welsh community school.

I wish I wasn't alone in this. I wish more parents spoke up. Ultimately, I wish there were more schools to choose from, so I didn't need to fight against anyone for my child's education.