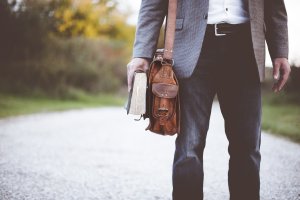 After decades of experience as a headteacher and local adviser I became convinced that faith schools are intrinsically wrong, says Andrew from Harrogate.

In 1980 I became headteacher at a Church of England primary school in a rural village in the Midlands.

I had always wanted to work in a small rural school and was delighted when I was called for interview. I was rather taken aback to be challenged by the existing incumbent about my being a member of the Religious Society of Friends (Quakers). The post was offered to another candidate, who was not subjected to similar questioning by the vicar.

However, a few months later I was recalled for an interview when the other candidate turned down the post. The interview went well (the previous vicar had subsequently retired) and I was offered the post. I assured the school governors that I would respect the church ethos of the school, and they seemed happy with this.

At the time, this ethos was not Evangelical. We were not in the business of making lots of little Anglicans. We were about creating a caring school ethos and showing children that those with different faiths, and none, followed different paths.

Through my time at the school and later in the world of religious education, I saw this change. By the time I left my diocesan post I became aware that I was replaced by those who were promoting the Christian evangelical approach to education. Since retirement I have been convinced that faith schools are intrinsically wrong and are a block to children receiving a balanced education.

This was a gradual process, and not one I foresaw.

When I took a role in the writing of the local diocese's RE syllabus, I was supported in moving away from religious instruction – which placed a lot of focus on teaching children to be religious – and towards a more multi faith religious education. I assisted with the dissemination of the new document, offering training around the schools, governors, and clergy.

After work as a freelance education consultant around the UK I returned to the diocese as a church school inspector. In more than 80 schools across several dioceses, I was pleased that a majority of schools and their governors accepted the reports I produced.

However, tensions began to arise as I saw an increasing tendency towards evangelism. I always especially questioned the schools on their multi-faith curricula. In one case I took issue with the school insisting that all children attended a full eucharistic service in the school hall each week. This was complete with altar, robes, and candles. Questioning the appropriateness of this did not make me popular with the clergy and governors, but I stuck with the conclusions in my report.

I was eventually appointed as an adviser to schools in the diocese and member of the local authority SACRE (the Standing Advisory Committee for Religious Education, which determines the local RE curriculum). While I was able to show respect for those of other faiths and none, I gradually became aware that more and more schools were appointing Evangelical staff and headteachers and there was an upsurge of Evangelical clergy.

I also noticed that many of the other advisers I met were very much on the Evangelical arm of the Church of England. Remember many of these schools were the only village school and the parents had little option but to send their children to the local school. Parents frequently have no choice in the school their children attend and often do not know how to question what goes on in the school.

I strongly question the church schools' claims to offer the children a better education than other state schools and to offer a more caring environment. This is total rubbish and an insult to colleagues working in non-denominational schools.