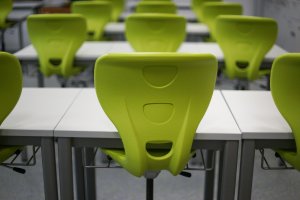 Our local Church of England diocese used an anachronistic faith-based inspection regime to push its own interests at the school where I was head, says John from Nottingham.

In January 2020 I retired early after 12 years as headteacher of a voluntary controlled Church of England school in Nottinghamshire.

The anachronistic and thoroughly unhelpful nature of church status does nothing to support the provision of a good education and certainly increases the workload of headteachers.

Over the years I had on many occasions challenged the diocese to justify the school's status. There was not to my knowledge a single pupil who attended our school in order to receive a 'Christian' education. They came to us because we were an excellent local school. There were no other junior schools in the village and virtually all of our children came via the village infant school – a community school with no church status – before going on to attend the similarly secular secondary school.

On the single occasion that a family from outside the village expressed a preference for the school because it was 'C of E', I made sure to let them know that we neither delivered nor sought to deliver a distinctively Christian education.

The hindrances that church status presented came not from local churches or their incumbents (who were in fact great supporters of the school), but via the diocese and its board of education. These hindrances increased as my term of office progressed.

SIAMS inspections were a particular irritation. The majority of the general public and even school communities have no idea what these are and are often shocked to hear that they happen at all (at taxpayers' expense).

These inspections are designed to find to what degree the schools' church status is embedded in school life and to what extent the school is 'selling' the C of E message. The expectation is that values taught in the school such as kindness, respect and service should be promoted as specifically 'Christian' values even though they are patently not restricted to Christianity. This struck me as dishonest and unhelpful in a pluralistic society. The National Secular Society recently called for the abolition of these inspections.

Out of principle we never prepared for these inspections at our school even though the diocese frequently forwarded materials such as a lengthy self-evaluation form and provided numerous training courses. We were confident that we lived up to our school aim ("a place for all to flourish") and could let the school speak for itself. The inspections were however a dreadful waste of time and resources.

To my knowledge, during my entire 12 years, not a single parent or member of staff asked to see our SIAMS report or commented on it. And yet a third of English and Welsh schools are subject to these inspections on a regular basis.

In addition, they pushed an approach to collective worship that was alien to the school. Where we had always followed a community school approach, the diocese wanted to see biblical liturgy and opportunities for 'call and response' whereby children would reply to statements in the same way as happens in church services. We never referred to our assemblies as 'worship' and it still astounds me that in the UK it is still statutory for all schools, be they church faith schools or community schools, to hold a daily act of collective worship that is of a broadly Christian nature.

In 2001 the Church of England published a major report on its relationship with C of E schools (the Dearing Report, also known as The Way Ahead). It seems to me that a lot has changed since and is reflected in the strapline for the local diocesan education department – "Growing Disciples – Wider, Younger, Deeper". In my opinion this has been similarly reflected in the SIAMS framework.

A relatively hands-off approach has been replaced by an increasing desire to use church schools to promote the C of E brand and thereby attempt to reverse the decline in church numbers and those of Christian faith. This has happened under the radar and without public debate, and in my view would not stand up to scrutiny by the communities that our C of E schools seek to serve.

Image by Taken from Pixabay.