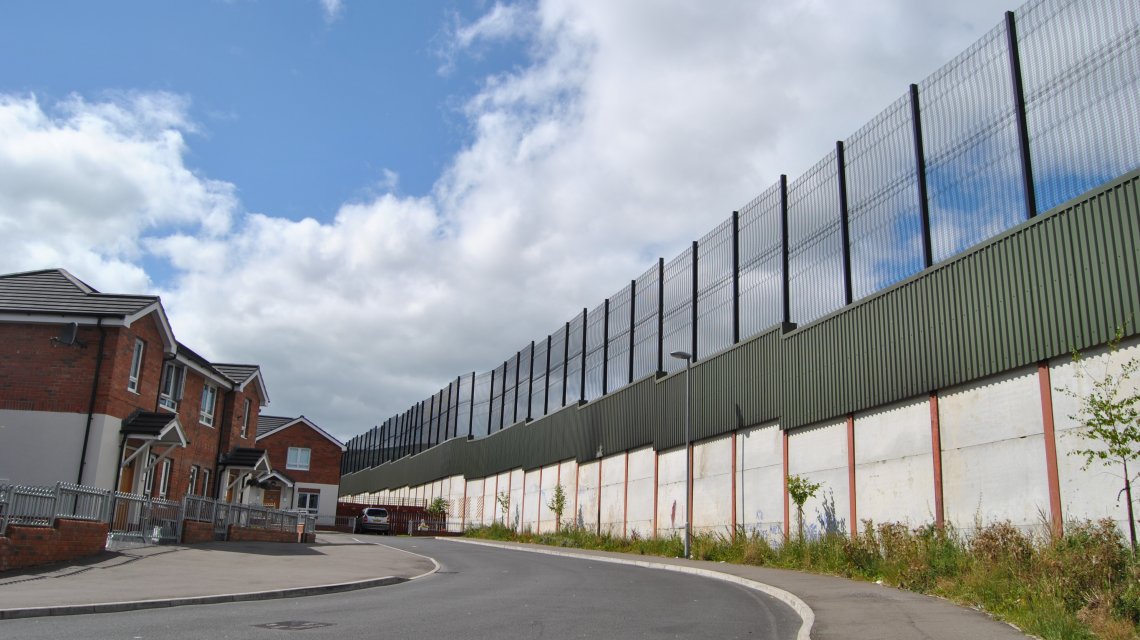 Over the last five years schools in Northern Ireland have experienced a 10% funding cut. While the classroom population has reached a 20 year high, around a fifth of NI's school places are empty.

A major cause of this is the province's sectarian, segregated schools. Despite 69% of people in Northern Ireland supporting integrated education, and the UN Committee on the Rights of the Child calling on the government to "actively promote" it, only around seven per cent of pupils attend schools that aren't segregated on religious lines.

These inefficiencies have a knock-on effect on everything from housing to labour markets. But their real cost is that they entrench division and mistrust. Fifty-eight per cent of young people (18-34) in Northern Ireland have few or no friends from religious groups other than their own. The figure is likely to be even higher among school age children.

Despite all its people have achieved – and all they might achieve by educating and working together – Northern Ireland remains an international byword for the dangers of segregation and sectarianism. In 2013, when visiting the G8 summit in Belfast, President Obama gave a speech about integrated education, saying:

"If towns remain divided – if Catholics have their schools and buildings, and Protestants have theirs; if we can't see ourselves in one another and fear or resentment are allowed to harden - that too encourages division and discourages co-operation."

Given the huge number of surplus places, school segregation can't be addressed through building new integrated schools alone. In fact further school rationalisations are needed – existing faith schools need to be rolled back. Fortunately there is a mechanism for this.

Integrate My School (an initiative of the Integrated Education Fund) provides information and an overview of how "transformation" (from a single faith to an integrated school) works. Transformation can start at any state school when it is supported by the governing body or a request from parents representing 20% of pupils. This is confirmed by an independently overseen vote by parents. Research in 2013 suggested 79% of parents would support their school if it proposed transformation.

The children of Northern Ireland are paying the price of the failed sectarian school policy and progress addressing this is unacceptably slow. The next NI assembly should adopt a bold and aggressive school integration strategy with an aim of reducing the surplus of school places to below five per cent within 10 years, freeing up funding for investment. While the current transformation process is to be praised, for its democratic and grassroots nature – resulting in community buy in for integrated schools – it needs to be accelerated and opened up to the views of prospective parents.

Schools in any area with more than a 10% school places surplus should have a duty to consult on integration and the current 20% threshold for triggering a transformation vote should be reviewed. All new schools – whether brand new or as a result of amalgamation – should be integrated by default.

In a recent report on how faith schools restrict choice and suitability in England, the National Secular Society recommended that similar school transformation mechanisms be introduced across the UK where a school community wanted to remove, reform or downgrade a religious designation. For a long time Northern Ireland has provided a cautionary tale of the dangers of faith schooling. Perhaps it could yet provide the template for reversing this and creating truly integrated schools.