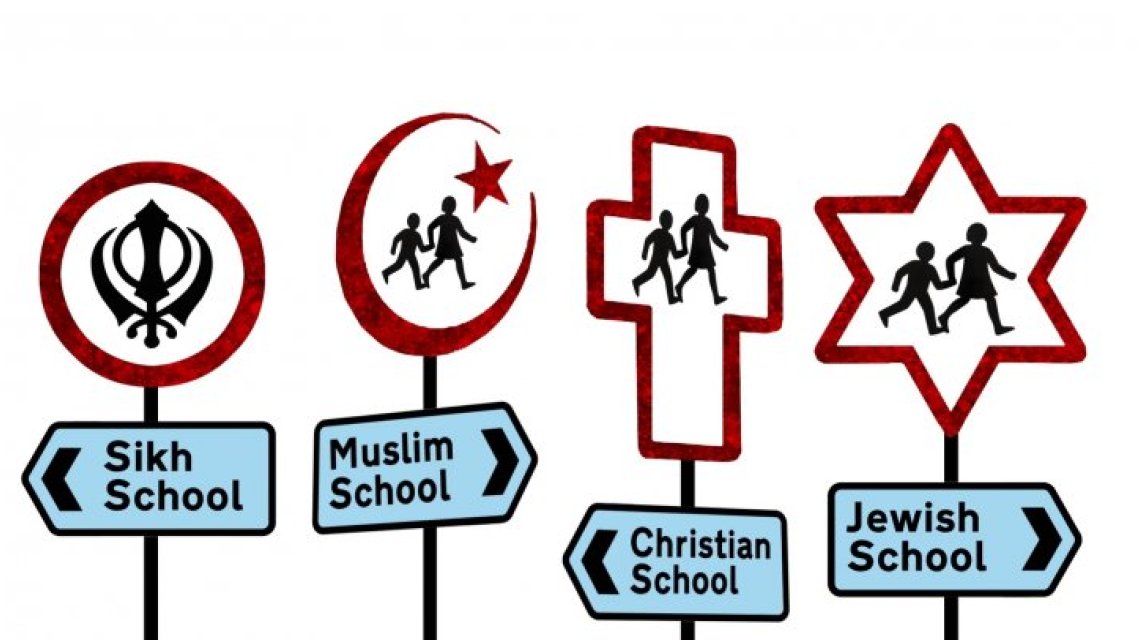 Politicians need to end their fetishisation of faith schools and face the fact that a religiously divided education system is unfit for the future, argues Stephen Evans.

One of the more alarming utterances of the election campaign so far came this week when Labour's Angela Rayner appeared keen to resurrect Theresa May's abandoned policy of making it easier for faith groups to open religiously selective schools.

Taking to Twitter to remind one Catholic education supporter of "empty promises the Tories gave on opening new faith schools", the shadow education secretary said: "I've never put our faith schools at risk and never will".

The Catholic Church insists on having the right to select all pupils on religious grounds in the schools it runs ­– but which we all fund. Rayner has previously voiced opposition to school selection, but only in relation to academic selection in grammar schools. Religious selection appears to get a free pass. But if she believes grammar schools "entrench division and increase inequality", then why the double standard on faith schools?

According to the Fair Admissions campaign, the combined impact of socio-economic segregation by religious selection at the primary and secondary levels is twice that caused at grammar schools.

The data tells us that the average faith school admits fewer pupils from poor backgrounds than the average non-faith school. The Education Policy Institute found that increasing the numbers of faith schools would come at the price of increased social segregation, with a risk of lower social mobility.

Faith schools add a further layer of segregation due to the links between faiths and ethnicities. A report published by social integration charity The Challenge in 2017 found that faith schools in England are "more ethnically segregated than schools of no faith". The government's own data reveals that Britain's minority faith schools are monocultural zones, silos of segregation that do nothing to foster greater social cohesion.

What's more, Angela Rayner has been one of the most prominent campaigners for LGBT inclusive sex and relationships education in all schools. So why the strong support for the schools that fundamentally undermine RSE by insisting such teaching must be in accordance with religious doctrine? The National Secular Society's Unsafe Sex Education report found many faith schools explicitly teaching that homosexual activity is wrong and casting homosexuality in a negative light. Support for faith-based education and equality for LGBT people are, if not mutually exclusive, then at least in tension with each other.

Despite increasing concern about social segregation in recent years, no major political party has had the courage to even question, let alone do anything about one of its major causes – the proliferation of faith schools.

The next batch of newly elected MPs need to change the mood music. Religious groups have had education ministers wrapped round their finger for too long. Entrenched religious privilege needs to be challenged. The use of public money to indoctrinate children has to be questioned.

Religion's role in state schools today is largely the result of a piece of legislation drafted three quarters of a century ago ­ – long before the death of King George VI or the first moon landing. The 1944 Education Act bought religious schools into the state sector, introduced daily worship in all schools and created the 'dual system' of voluntary controlled, voluntary aided and community schools.

Its legacy continues to cause many problems, including the involvement of religious groups in educational provision; discriminatory admissions and employment practices; segregation; compelled worship; and a model of religious education that's unfit for purpose.

These maladies must not be allowed to linger on indefinitely. Churches' historic involvement in education shouldn't be allowed to continue to stymie the state from moving towards an inclusive and secular system of education, more appropriate for modern Britain's religious diverse and largely non-religious population of youngsters.

But politicians on all sides of the spectrum are instead doubling down on the faith based approach. One government minister recently remarked to me that instead of getting rid of faith schools we need to get to a place where the average parent is as happy to send their children to a Muslim faith school as they are to a Church of England school.

There are two problems with this approach. First, we shouldn't assume that parents are happy about sending their children to church schools. Polling shows that few parents choose a school on the basis of faith. Many parents have little choice in the matter and just put up with the churchy stuff. And this week's legal victory for parents objecting to their school's collective worship arrangements demonstrates that ongoing toleration of fundamental rights being trampled on shouldn't be taken for granted.

Secondly, if the aim is to have integrated schools where children of all faith backgrounds and none are educated together and mix freely, why unnecessarily complicate the picture by handing the running of such schools to religious groups who insist on imposing their own religious ethos?

Politicians on all sides wax lyrical about the need to draw communities together and tackle inequality, division and intolerance yet pass up opportunities to do just that. At a time when many people feel Britain is becoming increasingly polarised, our politicians entrench division and tribalisation through their failure to take on faith-based schooling. Marching to the beat of religion's drum has led all major parties into supporting an outdated and dangerously divisive model of education that undermines children's freedom to develop their beliefs for themselves.

It's time to put young people's human rights and the country's future social cohesion ahead of slavish support for religious groups' demands for faith schools.

Millions of parents of all faiths and none are perfect happy to send their children to religiously neutral community schools where their children learn and play together with children of different faith and belief backgrounds. This is the vision of state education that politicians should work towards.

Stephen is the CEO of the National Secular Society. You can follow him on Twitter @stephenmevans1. The views expressed in our blogs are those of the author and may not represent the views of the NSS.