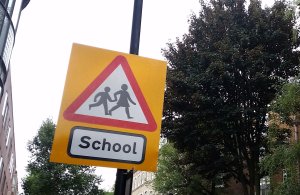 My son is struggling to reconcile his lack of religious belief with his school's Christian ethos, says Janet*.

Just a little example of how a secular education system would benefit my six year old son. He attends a Church of England faith school. We were keen for him to attend a local school and happy to have an 'Outstanding' school on our own street. Like many parents we'd love an outstanding local community school, but were willing to accept a faith school as we thought religion wouldn't be pushed too aggressively.

But my son's just called me upstairs on the verge of tears frightened he's going to get kicked out of school for not being Christian. Upset because he thinks he has to pray. He says he doesn't believe in a god.

It's so difficult for him to reconcile his beliefs with what he's exposed to. He doesn't have the emotional maturity to understand the situation. He very much sees in black and white and so thinks he will be in trouble if he's not Christian and decides not to pray. I know that's not going to happen, but the heavy promotion of Christianity gives this impression to a six year old. This is why I don't agree with religion in school.

But he also doesn't want me to discuss it with his teacher because he doesn't want anyone to know he's not "normal". Faith schools promote the assumption that everyone is religious, or that this is the norm.

If the school didn't push a specific religious ethos then he wouldn't feel he wasn't "normal". He wouldn't have to worry about how he is different to his peers and he wouldn't feel unable to discuss this with his teacher.

That's why I'm supporting the No More Faith Schools campaign.