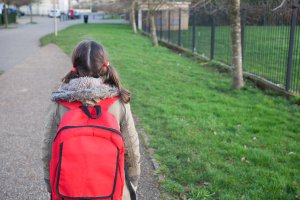 Almost all the places at the school my daughter wants to attend are reserved on a religious basis. Jumping through the necessary hoops to get her in would teach her that dishonesty pays, says Roxana from Bristol.

I have two children, aged eight and six. They happily attend our local primary. My older child is only in year three but following some presentations in school, she's developed a strong preference for a particular secondary school. This is one of two possible choices for secondary in terms of distance to our home address, and it's the much better option in terms of transport.

I always knew about oversubscription criteria in faith schools. But I assumed that in secondary schools, where choices are much more restricted, at least half of spaces would be allocated on secular grounds, for example because of siblings or the distance from home to school. To my dismay, I saw that of 216 places, 202 were allocated to faith applicants – including six for "other faiths". Four were allocated to applicants living within 250m of the school.

I always assumed my children, like many in their class, would attend this secondary school so was quite shocked. I felt really angry that a taxpayer funded school could discriminate so blatantly against pupils based, ultimately, on their parents' religion or personal belief.

After the anger subsided, I started to think about what choices we had. This is still the school I would choose for my children (I don't plan to move in the near future) and a school that my daughter is convinced she can go to. How do I explain to her the reason she can't?

So our choices at the moment are:

From these two options, the first is obviously more likely to ensure my children get into the school of choice. But at what cost?

I could spend an hour most Sunday mornings, like so many other parents I know, attending church services just so I could get my children into school. I might end up enjoying it, who knows. But what would that be teaching our children? That faith is a tool to get what you want? That playing the game is better than standing up for what's right? That dishonesty is rewarded as long as everyone does it?

Choice two it is then. I'll do what I can and hope against hope that something will change, in time for my children to benefit. And even if the change comes too late, at least I will have helped make a difference.

As long as faith schools exist, they should at least keep as many places as possible open based on secular selection criteria. I cannot comprehend how the status quo can be justified. It's wrong. It's unfair. It promotes division and encourages dishonesty. It must end.