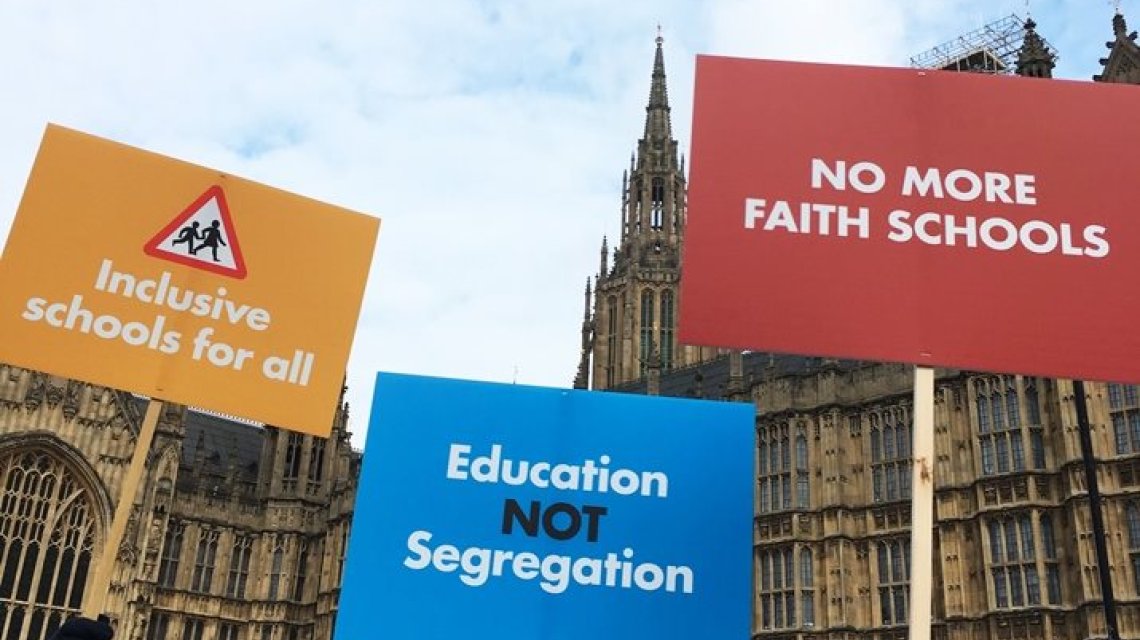 Leading public figures and campaigners have urged the government not to fund new faith schools which can choose all their children on a religious basis.

A letter published in The Sunday Times said a plan for a new wave of voluntary aided (VA) faith schools in England "fundamentally threatens social cohesion".

National Secular Society chief executive Stephen Evans was among the signatories to the letter, which was coordinated by the charity Humanists UK and campaigners from the Accord Coalition for Inclusive Education.

The letter said "all new schools" should be "inclusive and welcoming to all children, irrespective of family background".

"Monocultural schools simply cannot reproduce the benefits that come from learning alongside others holding differing beliefs, all day, every day."

It added that it was "patently unfair" that families from "outside particular religious communities" were placed "at the back of the queue for places".

The comedian Stephen Fry, philosopher AC Grayling and scientist Richard Dawkins were also among the signatories.

The Department for Education announced details of proposals for 14 new VA schools last month. VA schools are allowed to select all their children on the basis of their parents' religion and to use a religious test when employing teachers.

At least 13 of the 14 schools are expected to have single-faith intakes. Five of these will be Catholic schools, three Church of England, two Muslim, two Hindu and one Jewish.

The announcement came after the government backtracked on plans to lift a 50% cap on faith-based admissions to new academies last year, amid opposition from the NSS and others.

The NSS's No More Faith Schools campaign is opposing plans to open new faith schools nationally and locally in areas including Cornwall and South Tyneside. The campaign argues that new schools should be secular and inclusive.

Commenting on his decision to sign the letter, Mr Evans said: "The government's unpopular plans to open new fully selective faith schools will exacerbate social segregation and intolerance, normalise discrimination and bigotry and undermine children's freedom of and from religion.

"Taxpayer-funded schools shouldn't cater exclusively to particular religious communities. The government should rethink its plans and ensure new school places are genuinely inclusive for families of all faiths and none."

In December a government impact assessment found the decision to fund new VA schools would disadvantage families and teachers who do not share those schools' religion.