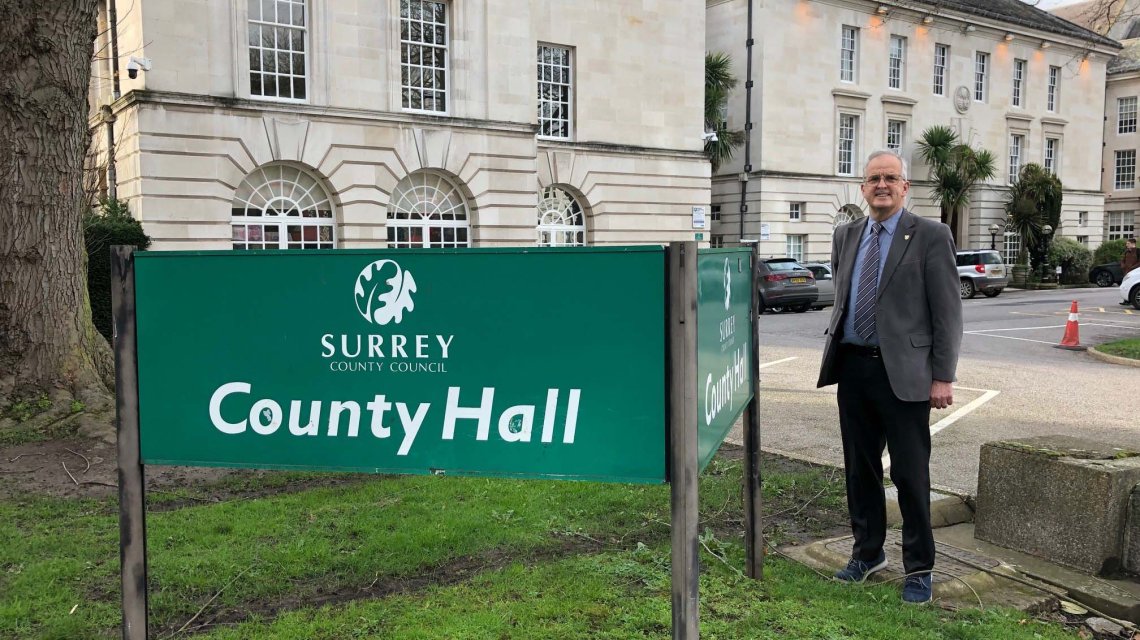 Plans to turn a community school into a faith school in Surrey are set to proceed, despite objections raised by local residents and a councillor.

The plan will see the two schools merged into a single voluntary aided (VA) Church of England school on the EGIS site. EGIS is the larger and more modern of the two schools.

At the meeting, Cllr Robert Evans (pictured) said he was "very concerned" about the plans. He said making EGIS a church school would have a "detrimental effect" on the area, adding that "faith schools across Surrey are often far from representative of their own county".

He noted that VA schools are permitted to adopt discriminatory admissions and staff recruitment policies, and teach religious education and relationships & sex education from their own faith perspective.

The new school will adopt Englefield Green's current admissions policy in the first year of its existence. But as VA faith schools act as their own admissions authorities, the school could change this in future.

Analysis from an informal consultation of the plans conducted in January and February found the majority of respondents (63%) did not agree with the proposed school amalgamation.

The council has now published statutory notices of the plans for the school amalgamation and opened a formal consultation on the plans.

No More Faith Schools campaign spokesperson Megan Manson said it was "extremely important" for affected residents who oppose the plans to respond to the consultation.

She said: "Residents still have the opportunity to express their concerns about these plans and to urge the council to change its mind.

"In becoming a Church of England faith school, EGIS would lose its inclusive ethos, its balanced RE curriculum and its guarantee that children from all religious backgrounds and none will be equally welcome.

"Residents who don't want to lose this must respond to the consultation and let the council know that they strongly disagree with these plans."

A document accompanying the consultation says there is "a greater emphasis on the main teachings of Christianity" in RE in church schools.

The consultation will close on 22 April.

One respondent to the council's informal consultation said they were "concerned" with introducing a "strong religious component" to the education of their child at an early age.

They also said they were concerned future admissions policies would be restricted to "only Christian children", which they had seen in other church schools.

The National Secular Society, which runs the NMFS campaign, has lobbied against the plan and warned that it would disadvantage non-Anglican families.